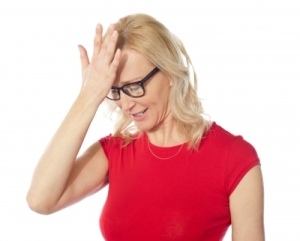 Let’s be honest for a minute about parenting a toddler. Toddlers can be unbelievably annoying, like “I need to lock myself in my bathroom to get away from you right now because you are driving me crazy” annoying. Parenting a toddler is not always the gumdrops and giggles presented to us in diaper commercials. Sometimes I can’t stand my kid’s behaviors and her budding personality traits/flaws. In order to help myself deal with my own Little Miss Annoying, I’ve compiled a list of my toddler’s most annoying traits.

1. The whining. It’s amazing to me that a little person who is only a year-and-a-half old can already whine like an adult. I don’t know if my child picked it up from me (I’m ashamed to say, probably), or from someone else.  Regardless of where she discovered this behavior, the sound of her whining little voice drives me crazy. According to What to Expect Online, whining is a low-grade form of crying and it will become worse if parents give into the whining. I try to head off my daughter’s whining by really listening to what she tells me that she wants or needs before the whining begins. When my daughter starts whining, I tell her to use her words and I attempt to distract her. I think that complimenting her when she asks for something without whining is an effective tool as well.

2. The clothing battle. My daughter wants to rock nothing except her diaper at all times and sometimes she doesn’t even want to wear that. Not so awesome when I’m late for work and I have to get her to daycare. She also has particular articles of clothing that she agrees to wear, making her look like she’s going to join the circus as their newest clown. She does this because she wants control over her body and what goes on it. It’s part of her growing independence. I get it. This is one arena where I give her choices and allow her to choose her own outfits. Sometimes she looks silly, but I pick my battles and this isn’t one that I need to fight. I don’t budge though on the fact that she must wear clothes. I try to dress her quickly as soon as I get her out of bed and I ask her questions about her day, her favorite song, or anything to distract her while I’m dressing her.

3. The diaper changing fight. I get the diaper off and my daughter doesn’t want me to put another one on her.  She kicks and hits and screams. Somehow this child who has trouble keeping her balance, suddenly develops superhuman strength during her diaper changes. Her uncoordinated little limbs also develop enough coordination to kick me right in the face when I’m leaning over her. My toddler doesn’t want me changing her diaper because she is giving up her independence. Since she obviously must wear a diaper, I just try to change it quickly and distract her while I’m doing it.

4. The freak-out tantrums for no/any reason. The unnecessary drama gets so tiring. I thought I knew about overreacting since I’ve dealt with lawyers for all these years, but then my toddler entered my life. Every little thing that happens to my kid is a major ordeal and leads to a freak-out. Tantrums are normal though. They occur when toddlers are frustrated, tired, hungry, or looking for attention. I try to make sure that my daughter is getting enough attention, I provide her with some choices to allow her a little bit of independence, I hide any item that causes a power-struggle, or I try to distract her if she starts melting down. Once my child loses it completely, I remove her from the situation, put her in a safe spot, and depending on the situation, I will hold her close to me or just let her cry it out herself. It’s important to keep cool and it is also important not to give into the tantrum. Once my child calms down, I talk to her about her feelings and give her a hug. 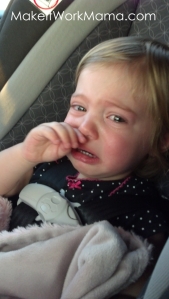 5. The toddler way, right now, or else. I was the most impatient person I knew, until I met my daughter. If she doesn’t get her Barney video, Maisy Mouse book, or specific lady bug cup as soon as the thought enters her mind that she wants it, everybody watch out. Toddlers live completely in the moment and they don’t understand concepts like time, past, present, or future.  All they know is that they want something and they want it now.  I have found that the best way to deal with this annoying behavior is to hide the thing that my daughter wants and then divert her attention to something else.

6. Biting and slapping. I get so sick of my daughter slapping me in the forehead when I lean in too close or biting me on the shoulder when I pick her up for a hug.  Baby Center Online notes that this is normal behavior. According to Baby Center, undeveloped language skills, the desire for independence, and a lack of impulse control all lead to biting or hitting.  I have found what has worked best for me is placing my child in time-out until she calms herself and then talking about the inappropriateness of her behavior. I try not to overreact when she behaves this way. I tell her that we don’t bite or hit and I immediately place her in time out. I find that my toddler is more prone to this behavior when she gets overly excited or stir crazy. Letting her exercise and run around helps prevent this behavior from occurring. Also, when she acts appropriately during stressful or exciting times, I make sure to give her a lot of praise for her good behavior.

Another parent recently told me that if I think this stage is bad, wait until the teen years. I guess I better enjoy this time with my annoying toddler while it lasts! Happy times!

5 thoughts on “The Annoying Toddler”